Jenny was born in Melbourne, Victoria and grew up in an artistic environment which led to an instinctive passion for painting. She spent many childhood holidays in Wye River which later inspired her to paint colourful landscapes and seascapes based on her love for that area.

Her modern paintings tend towards abstraction which allows her to see beyond the basic visual impression braking it down to the basic elements of which colour , texture and design are important.

Jenny is a versatile artist and while modernist she depicts cityscapes, seascapes and landscapes with a feeling for the mood or culture of them. From photographs she has taken she sees the image and translates it into a unique personal interpretation. Often painting in acrylics she applies paint using different palette knives and brushes and other tools.

Although living in Melbourne Jenny in continually inspired by nature and interesting destinations including Italy, the high country of Victoria and the vast Australian outback. 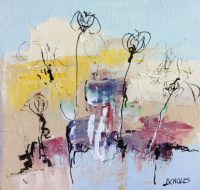 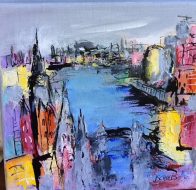 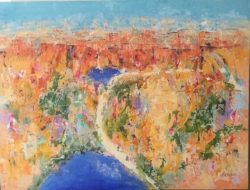 Journey through the Kimberley Mixed Media 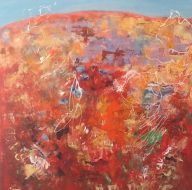 Mist over the Jamieson valley

Sunset in the Kimberleys