Mariette was a long standing member of the Women’s Art Registar and the Melbourne Society of Women’s Painter and Sculptors. She has exhibited with the Association of Sculptors of Victoria, Gallery Without Walls, The Eclectics for many years.
Mariette designed the MSWPS logo.

“The concept or general idea behind the design was to honour and promote as well as I could women’s artistic expression.

Playing with a few symbols, positive and negative shapes…and that’s what I came up with!

The left side of the image represents the canvas, the right side a free standing 3D form.

But this is analytical. What is more important is the visual impact of the image, and perhaps the fact that the logo fits into a circle encompassing a harmony and fulfillment we all yearn for.”

Born in 1941, Mariette grew up in Baulmes, a small Swiss village near the French border. Deeply impressed at a young age by her parents passion for prehistory and natural science, her prevailing interests remain closely related to the natural world and the preservation of its delicate and precarious balance.
In 1961, after obtaining the Diploma of Fine Arts, Mariette made her home in Australia, teaching for many years in Victorian Schools.
She is known for her lyrical organic sculptures and as an illustrator of considerable wit and visual incisiveness. Her tools are metaphors, symbols and whimsy. Active involvement in Peace, Environmental and Women’s Health issues has led to prolific work in these areas.
Mariette is a long standing member of the Women’s Art Registar and the Melbourne Society of Women’s Painter and Sculptors. She has exhibited with the Association of Sculptors of Victoria, Gallery Without Walls, The Eclectics for many years.
In 2013, she published ”The green Leaf” -(La Feuille Verte). The book combine 32 insightful water colour drawings with simple text in both English and French. In a modern parable, the artist shares her love for nature and her desire to pass it on to the next generation. 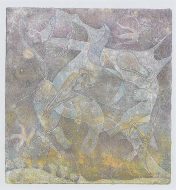 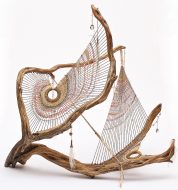